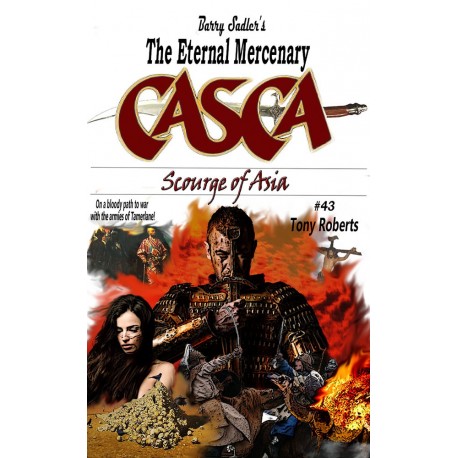 A refugee from the marauding Turks, Casca takes shelter in a beleaguered Constantinople where he is soon recruited by a desperate emperor to travel to the savage Tartar lands of the Golden Horde to negotiate a treaty so they can save a shrinking Byzantine Empire. Casca's journey does not end there, though, for he seeks a mighty warlord who can unite the fractured tribes of High Asia and thus destroy the rising power of the Ottoman Turks.

The Eternal Mercenary crosses the Caspian Sea, accompanied by a beautiful slave girl Adil, to the lands of Transoxiana. There, he finds himself drawn into the armies of Timur the Lame, one of many competing warriors struggling to unite their own clan in the face of Moghul aggression.

Under Casca's guiding hand, Timur slowly rises, defeating his enemies one after the other, until he becomes feared throughout the merciless lands of Asia. Casca's mission to save Byzantium is always in his mind, however, and no matter how many enemies rear their heads, he is determined to steer an increasingly bloodthirsty Timur to turn on the powerful Ottomans.

No customer reviews for the moment.